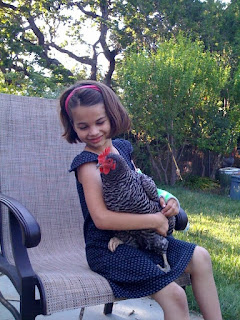 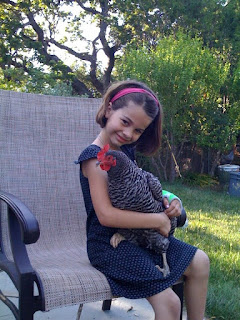 Spring is supposed to be the season of rebirth and renewal, but this year, it has translated into a few plagues visiting our family.

First, Hannah has strep throat. The nurse says this is only the second time she's seen it come up positive that fast. Antibiotics for 10 days. While we're in the doctor's office, Charlotte breaks out in full-body hives. Benadryl for three days.

For the past several weeks, Charlotte has been unable to shake a cough, though the cold that brought it on has long since decamped. Off to the doctor, who thinks it's due to allergies. Claritin for 10 days.

Fast-forward 11 days, and we're back in the doctor's office for the same cough. Another 10 days of Claritin, plus Benadryl and an inhaler. (The inhaler does NOT go over well, to put it very mildly.)

That same day, Hannah breaks her arm. Thomas takes her to the doctor because I have a doctor's appointment for a cough, sore throat, fever and earache. My diagnosis: bronchitis (second time in less than six months) and a sinus infection. Antibiotics, an inhaler and lots of sleep. Hannah's diagnosis: Broken radius and cracked ulna. Cast for 4-6 weeks (neon pink) and Tylenol with codeine.

Fast-forward another week: I'm better. Charlotte's cough seems to be getting better though she still refuses to use the inhaler. Hannah has an appointment to get another x-ray of her arm and to choose a new cast color (acid green). The next day, the school calls to ask me to pick her up from school as she has a severe headache and a temperature of 102. A trip to Urgent Care and two chest x-rays. Diagnosis: Early stage pneumonia. Antibiotics, Tylenol and lots of sleep.

Sunday night, Hannah is bitten by something that leaves her with a rash and welts all the way around her torso. Topical antihistamine and Benadryl which we beg from the neighbor as we've used up the 20 gallons we bought earlier in the year.

And that brings us to today. Everyone is better. Charlotte is still coughing but nowhere near as much. Hannah is back to her old self. I actually get to write a blog post, though by no means as entertaining as I'd like it to be.

And while I can't blame it on the house, I decide that it is as good a time as any to do a little Spring cleaning. All the windows and doors are thrown open. The house is scoured from top to bottom. Dust bunnies are routed. Toothbrushes are tossed. Walls are wiped down and the playroom carpet taken out and beaten.

Hopefully that will be the end of this little run of illness, but we're keeping our eyes on Thomas: I'm not sure his running-induced blisters count as his share of this mess.
Posted by Melanie K at 10:18 AM 5 comments:

We've* now gone from playing "Guess What I Found In the Dog's Poop?" to "Guess What Color the Sock Was?" and "Who Left Tiny Blue Panties Where the Dog Could Get Them?"

Can You Feel the Love? 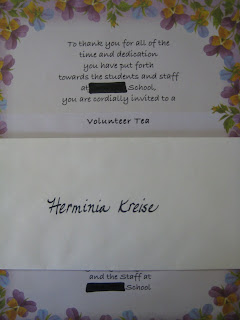 Now that I have arisen from my sickbed, I thought I'd share my Mothers' Day, which included the most surprising, unexpected gift I have ever received.

First, I got to sleep in. Always a gift; always much appreciated.

When I finally joined the rest of the family, I was greeted with a dozen tulips and a banner that Hannah had made all by herself. It read "Happy Mom Day" in construction paper letters that she had designed and cut out by herself. The little manager that she is, she had Thomas string the banner across the room.

For breakfast, there was a selection of pastries, omelet and lots of coffee.

And then the gifts.

From Thomas and the girls: 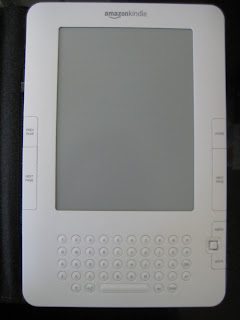 A Kindle: The gift I was sure I would never want. I love it! 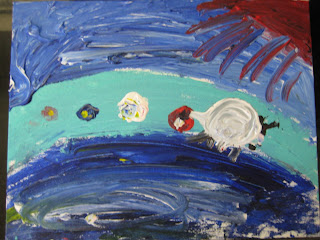 Sheep in the Meadow 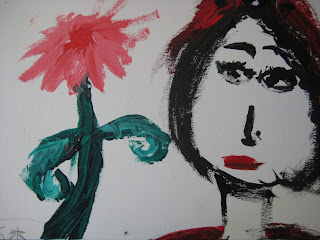 And, as promised, the most unexpected, stammer-inducing gift I have ever received. Hannah has the honor: 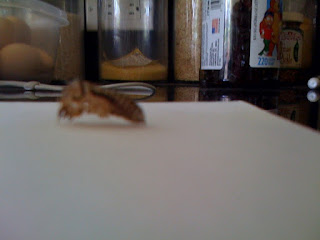 While the photo isn't as clear as it could be (I'll replace it later when I figure out why my auto-focus isn't working), "It's the Exoskeleton of a Cicada!! I found it in Garden class and Miss Jessica said I could have it!" I am neither required nor expected to keep it--Hannah just has a wicked sense of humor.
Posted by Melanie K at 1:19 PM 5 comments: 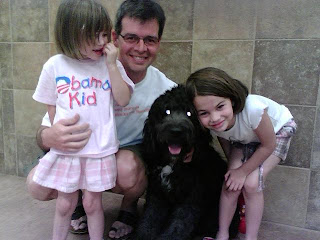 Within one hour of arriving home after the "ceremony," he had eaten a hole through the toy the trainer gave him as a graduation gift. And swallowed both of Charlotte's socks.

New class begins next week.
Posted by Melanie K at 7:51 PM No comments:

Am I the only person who apologizes to bugs if I am forced to, or accidentally, kill them?

It's not like I think about it first. It's just a reflex.

AppleCare Is My New Best Friend

After five days of an involuntary vacation from my laptop, I have it back and am so happy that I had the AppleCare extended warranty.

I've had a problem with my MacBook not wanting to wake up after going down for a nap or after being shut down altogether. I finally got around to taking it to the Genius Bar, where they diagnosed the problem as a malfunctioning sleep switch (that may not be the technical name). My favorite Genius, Tae, also noted that I had taped down a bit of plastic that had peeled up from the lower right corner. I thought that the girls had been playing with it, or worse, that the dog had decided to see if the case was as tasty as socks. Turns out that the peeling plastic was caused by the "bumpers" at the top edge, above the screen. Apparently the bumper designers were under the impression that users would gently close the lid--every time. Hah. (Note: Do not use the words "design flaw" to anyone at the GeniusBar.)

I had to check it in to the MacHospital for repairs which took two and a half days. Of course when I picked it up, it started right up--twice. Less than a week later, the same problem was back, though it didn't happen as often.

Back to the GeniusBar I went and again almost passed out when Tae told me that it would take five to seven days, as they'd have to ship it out. A near-agonizing five days later, I got the call--it was ready for pick up. Happy dance ensued.

This time when I picked it up, I tested it several times, waking it up from shut down and sleep. I also restarted it a couple of times, just to be sure. Everything works, all of my data are still there, and the concierge again told me how lucky it was that I had the AppleCare. The first set of repairs would have cost $250. I didn't ask about this time and she didn't offer.

I now have a new:
Guess all of these new parts sort of puts a damper on my plan to get a new laptop (this one is two years old, after all.) Or perhaps this mean that I SHOULD get a new one, you know, just so Tae and I don't have to keep meeting at the GeniusBar.
Posted by Melanie K at 8:22 AM No comments: