We’re Skipping the Anniversary This Year

After almost 13 years of marriage, Thomas and I have decided to go our almost separate ways (we have kids, people--tied for life). We officially separated in early January and expect that everything will be final in mid-August, less than one month after what would have been our 13th wedding anniversary.

We’re trying to stay amicable throughout the process, but there’s a good reason why divorce is of the five most stressful life events. I think that selling a house should also be on the list, so we decided to get that one out of the way at the same time. And, as Thomas says, after 14 years you get pretty good at pushing each other’s buttons. In fact, those buttons can get pretty worn with use.

The girls are taking it better than expected. Well, Hannah is. Charlotte, not so much. Her temper tantrums increased for a while, and she asks, almost daily, if Mommy and Daddy are both going to be home for dinner. The pediatrician says this will get better as she adjusts. She is only five, after all, and the apraxia also limits her ability to communicate her displeasure.

Hannah, on the other hand, was initially excited at the prospect of finally getting her own bedroom. She assumed that one of them would live with me for a while, the other with Thomas, and then they’d switch. Um, no. Sorry. Then when she saw a book on divorce she asked, “What if every page said, 'Don’t do it?'” That called for a very long hug.

And then she began to imagine other, more interesting possibilities.

I said that I didn’t think he was thinking of that right now, either. Next up was “But you both might get married again?” Me: “Yes, I suppose so.”

Hannah came back with, “So that would mean two weddings.” Small pause. “So I’d get to be a bridesmaid twice?!”

A short time after that, she sighed and said, “Well, I guess it’s almost dating season.” I laughed so hard that I choked on my coffee (we were at Philz, natch). (Later, Thomas and I wondered just how many you were allowed to bag in a dating season.) But she wasn’t done. Less that five minutes later, with an incredibly sly look for one so young, she offered, “Well, when you’re ready to date, I know a couple of boys you can get down with.” I had to leave the building. After regaining my composure, I asked what, exactly, she meant by “get down with.”

“You know—get some lovin.” I startled quite a few people with a shout of laughter. And then I said that I hoped she was talking about one of her teachers, though all are happily married and of no dating interest to me, and not one of her classmates. That’s taking Mrs. Robinson a bit too far. A lot too far. And she’s SEVEN. She is not supposed to know these things yet, right? Right?

This is a life change that, of course, neither of us had really expected or planned for. It’s also the hardest thing I’ve ever had to do—after all, Thomas was such a good friend for so many years—but I know that, in the end, both of us will be happier for it. We are committed to making sure that Hannah and Charlotte always know how much they are loved and that they will always come first. I hope that he and I are able to become better friends and learn, one day, to stop pushing those damn buttons.

Oh, and, Thomas gets custody of the dog.

It's already beginning to look like summer here. Well, if you ignore the seemingly interminable rain. And that fact that we have yet to turn on the sprinklers. And the grass is still green. Oh, fine. My garden is already beautiful. (Don't ask me what these plants are; I can't remember and only know that the last one is lavender.) 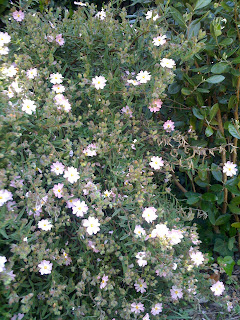 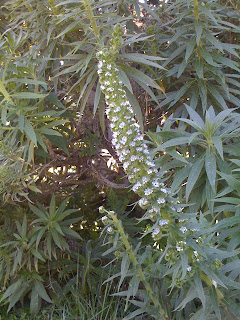 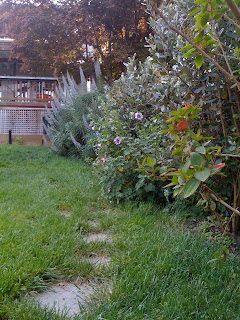 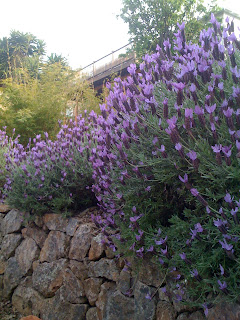 No, I do not need to mow the grass again--I'm pretending that letting it grow is part of the plan.
Posted by Melanie K at 12:45 PM No comments:

A Quick Tour of MoMa

I found this through Refinery 29's Daily Diversion. Amazing. 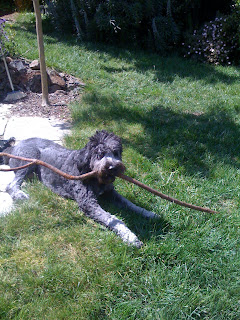 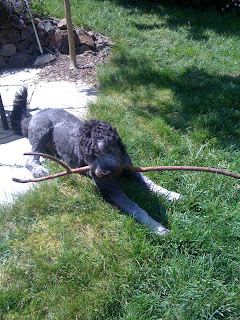 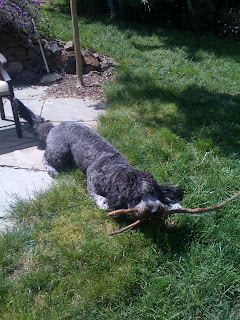 A Bit of Random Grossness

Want to know how you get the smell of dried dog poop out of your nose after you accidentally snort dried dog poop while trying to see if it was actually dirt or chocolate*?


You can blow your nose, wipe the inside with a wet Q-Tip, snort half a bottle of nasal spray, inhale deeply after spraying perfume, think about snorting a line of baking soda . . .

* At the time it seemed to matter if it was chocolate or dirt. If it's dirt, the dog is in trouble. If it's chocolate, the girl's are in trouble. It was poop. It's in my nose. Everyone is in trouble. Because I am an idiot and not a happy camper.
Posted by Melanie K at 11:15 AM 2 comments:

And now a random, ridiculous and probably rhetorical question:

A group of men spend two years doing a little military-style training. Learning to shoot and how to make and detonate bombs. They plot the murder of a police officer apparently for the sole purpose of setting off a bomb at the funeral.

The charges include plotting to wage war against the US, possessing a firearm during a crime of violence, teaching the use of explosives, and attempting to use a weapon of mass destruction—that would be the homemade bombs.

The indictment reads, in part:

"It is believed by the Hutaree that this engagement would then serve as a catalyst for a more widespread uprising against the government."

Guess what "Hutaree" is supposed to mean? Christian Warrior.

And that's why it isn't still front page news. Which it would be if this group of men were Muslim. They would also be labeled as "Terrorists." Not "Militia."