Ever seen a kid hanging upside down over the back of a couch, laughing her little head off because the dog is licking her feet? Did the kid you saw have what looked like a piece of metal growing from her gum? No? Yeah, we thought that was pretty weird, too.

A few weeks ago Hannah lost two of her top, front teeth: the big one in front (technical term is “the #8”) and the little one to the side of it (technical term is “I forgot to ask”). The #8 tooth was growing in and seemed to be taking up the majority of the space created by the loss of both teeth. The dentist said the tooth being crowded would eventually make an appearance, but it would be forced to go in front of or behind its pushy sibling.

A week ago, it seemed as though the heretofore-missing tooth was indeed emerging—directly behind, and seemingly glued to, old #8. Hannah said she could feel it, but that it didn’t hurt and, as it was just the slight swelling of the gum, I thought I’d give it a couple of days before calling the dentist.

The next day I saw what looked like metal. At first, Thomas thought it was just that second tooth with spit on it. So he wiped it off. Not spit. Metal. Well, could it be tin foil from a burrito wrapper? But it didn’t move or tear when we wiped it with a napkin. So I had my friend, Andi, look at it. “WTF?? How did she get metal in her mouth?!” Exactly.

Now, most people might have only thought “What on Earth did she eat?” I always like to run a parallel search, so my second—and temporarily dominant—thought track was “OMG—when she was two and tripped in the playroom and got her very first black eye, did she ONLY hit her cheek?” And “Was there ever any other time when she fell and hit or cut her mouth . . .” Fortunately, sanity returned—after all, something like that would have shown up on an X-ray at some point, right? (Turns out, the technical answer is “probably.”)

On Monday, I spent 20 minutes on the phone with the dentists’ office, trying to explain why we needed to be seen, and why it wasn’t going to wait until next week. They couldn’t get her in until Wednesday, so I took a photo just in case the thing suddenly disappeared and they start thinking mommy’s a little crazy:

On Wednesday afternoon, as we waited for the dentist, Hannah kept picking at her tooth. For a moment, I thought that it really had been tin foil and that she’d finally managed to remove it. But she had just pushed it further up under her gum, adding to the time it would take Dr V to extract this: 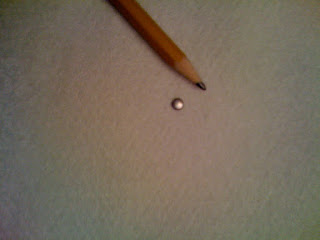 No, not the pencil. That's a 3mm metal disc. Not a sequin. A rigid, metal disc that had been wedged between her gum and tooth. We still don't know how it ended up there, but have to assume that it was in something Hannah ate, and that somehow she hadn't noticed it .

Dr V said we were fortunate that there was no infection, just a little swelling and irritation. Apparently she sees a lot of kids who wait too long before coming in and end up with a massive infection--but this was the first time she had to remove a metal disc.

And it's not just Hannah. One of these days, I'll post the photo of the broken key that Charlotte found in her Jamba Juice.

I am not a morning person, as many of you already know. But, as I have children, I have to get up early whether I like it or not (NOT!). To save a lot of strife so early in the day, there is a ritual that the girls have known since infancy.

And now you are so unlucky as to get a peek at it: 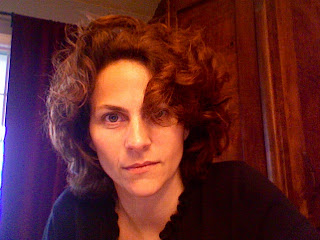 Bedhead, or, why I don't go to bed with my hair wet. 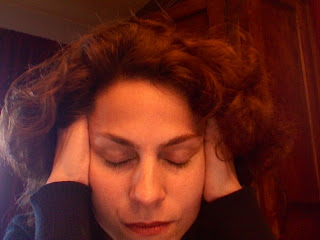 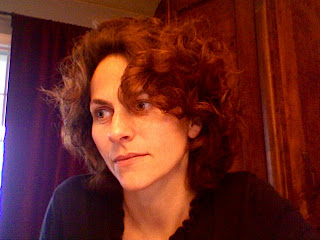 Seriously. Not yet. Fine, yes.
Luke Skywalker can come to dinner. 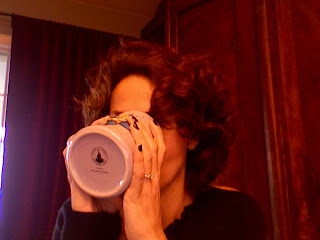 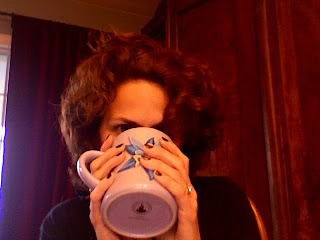 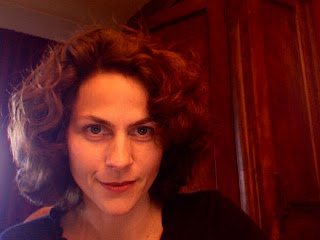 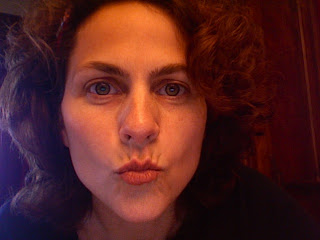 Mwah!
Time to go and scrape out the curls!
Posted by Melanie K at 9:50 AM 2 comments: